Collemancio is an outlying administrative division of the municipality of Cannara in the province of Perugia. The borough lays at 507 m. above sea level, on a hill facing Assisi. The hill is covered with wood and with widely tilled agricultural areas and it is next to the Colli Martani hills.
In Cannara San Francesco d’Assisi in the Tugurio (his poor shelter) founded the Third Order of Franciscan Friars in 1221 and at Piandarca he performed the famous miracle of Preaching to the Birds.
History:
Within a walking distance from todays Collemancio, in the village called La Pieve, there are ruins of an ancient Roman town of Urvinum Hortense which is probably the town mentioned in the Naturalis Historia (III, 114) by Pliny the Elder.
Founded on a pre-Roman vicus (3rd century b.C.) it was in charge of controlling the road network of the area and was also used as a transit point for commercial activity.
In the first Imperial Period, Augusto included it among the municipalities of Regio VI.
Probably its urbanization took place around the 1st century.
In 69 the Roman consul Fabio Valente was imprisoned here, while he was fighting for power against Vespasian.
Around 5th century, for unknown reasons, the village faced a period of depopulation and abandonment.
The first archaeological excavation that led to its discovery took place in 1931 and was carried out by a primary school master, Mr. Giovanni Canelli Bizzozzero.

As regards Collemancio, the early traces of information go back to 1224 when pope Onorio III granted the bishop of Assisi the jurisdiction over the castle of Collismanci.
In 1293 it became an independent municipality.
In 1377 it submitted to the authority of Perugia.
In 1648 it became part of the territories belonging to the Papal State.
In 1870 it was taken over by the municipality of Cannara. 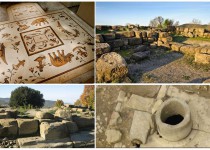 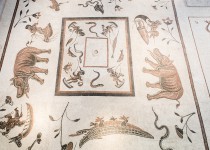 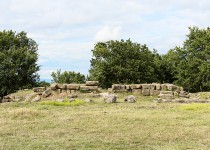 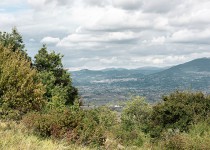 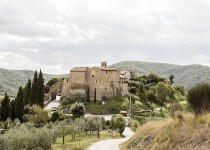 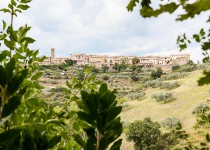 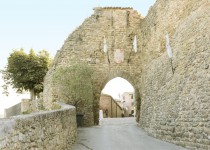 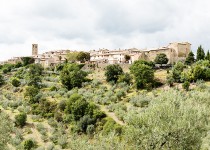 Monuments and places of interest:
The remains of Urvinum Hortense (1st century): it is believed to have been an important ancient Roman municipality.
Currently, during archaeological excavations, remains of a sandstone terracing are being discovered as well as an amphitheater, a road with traces of a forum along its axis, a funerary area and a domus, which were built in the period of late Roman Republic and extended in the Adrian’s period.
The castle of Collemancio (10th century): with a stronghold protecting the access gate. The inside ‘town’ is developed along two main streets.
Saint Stephen Church (14th century): one nave, with a number of frescoes and a roman column;
The Church of S. Maria della Fontanella (16th century): with some 17th century frescoes;
Palazzo del Podestà (14th Century) – the Palace of the ancient authority of the town, todays Antiquarium: in the church square. Once, on the ground floor, there was a small chapel of Santa Maria Nuova and a small prison.